Discover Vin: A little glass of rosé with dinner

Discover Vin: A little glass of rosé with dinner: The Rosé Revolution is upon us, so with samples in the fridge chilling, wine menus printed, glasses polished and the ice bucket dusted off w...
Posted by Chateau Cuisine at 03:06 No comments:

Beaujolais Nouveau is a young red wine made from handpicked Gamay grapes grown in the Beaujolais region of France, where the beverage accounts for half of the region's production. While most red wines improve with age, Beaujolais Nouveau is all about freshness. Many producers, including regional giant Georges Duboeuf, race to deliver the first of the vintage to celebrations throughout France and the world.

Under French law, the wine may be released at 12:01 a.m. on the third Thursday of November, just weeks after the wine's grapes have been harvested. Fermentation is so short that the resulting wine exhibits fruity flavors and light tannins. Beaujolais Nouveau should be consumed right away (or within a year of being made), and is best served slightly cooled. Nearly half of the wine's 70-million-bottle production is exported abroad, mainly to Japan, Germany and the United States (where it is popularly enjoyed with Thanksgiving dinner).


Do not miss the opportunity to drink it !!!!
When we were in LA, USA between 2000 and 2004, we saw so many time, wine shop to sell this one years later... you need to drink it the same year than it is produced.

Posted by Chateau Cuisine at 18:50 No comments:

The dessert was sensational!  Absolutely tasted delicious.  Thankyou so much!

The whole evening went exceptionally well, the rooms were filled with fresh flowers, the ambience truly magical as we have violinists and we also had a magnificent jazz singer too.

The girls wore frocks and dazzled!  It was a lovely opportunity to get dressed up.

We had a professional photographer there for the evening so once I receive the pics I will forward to you. 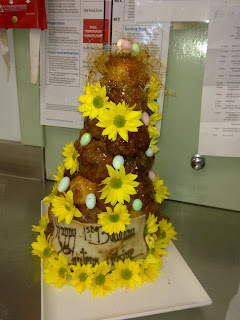 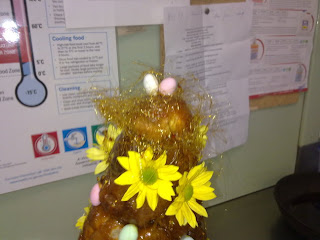 Penny
Posted by Chateau Cuisine at 16:41 No comments:

Chateau Cuisine
I came to Australia in 2005, leaving behind me, my native Lausanne, a small city by the lake Geneva in Switzerland. Married to a French man, 2 children born here in Australia, I have maintained a strong link with France and Switzerland, my traditions, languages and culture (especially cheese and chocolate!!). I have a passion for food since my young age and love eating food from all around the world but the French cuisine, with sometimes a touch of the Swiss Alps, is the main one you will find in her family home.